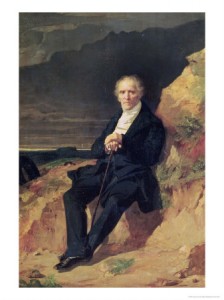 Today we go back 180 years to pay tribute to Charles Fourier – the French utopian socialist, radical philosopher and eccentric visionary. First, we need to thank him for his proto-feminist contributions. Fourier originated the word féminisme in 1827, and wrote several vigorous pleas for the emancipation of women; his assertion that “the extension of women’s rights is the fundamental principle of all social progress” would later become a feminist battle cry. Fourier is, however, best remembered as the ultimate prophet of a utopian society. Rejecting capitalism and its underlying values, and reacting in particular against the Industrial Revolution (which he predicted would produce wealth for few and make virtual slaves of the rest of us), Fourier set about finding a solution to reorganise society. The result was his theory of “Attractive Labour” wherein all work would be physically and mentally satisfying; and, more specifically, a precise blueprint for living in small communities he called “phalanxes” – after the Greek term for a unit of tightly-linked fighting men – where people would work and fulfill all their passions, and thus progress from mere “civilisation” to the highest possible “state of harmony”.

Perhaps not so very surprisingly for a man so utopian that he believed “sea water could be turned into lemonade,” Fourier was considered too eccentric even amongst his most progressive peers, and his ideas never extended beyond cult status in Europe. But across the sea in America – a nation founded on the principles of freedom and liberty – in the three decades before the Civil War, “Fourierism” became something of a craze amongst the boldest of social reformers, including the American Transcendentalists. “Genius hitherto has been shamefully misapplied, a mere trifler,” wrote Ralph Waldo Emerson in his provocative essay, Fourierism and the Socialists. “It must now set itself to raise the social condition of man, and to redress the disorders of the planet he inhabits.”

It was in this very demanding spirit that twenty-eight Fourier-inspired utopian communes were founded in the United States, including the Transcendentalists’ Brook Farm – which changed tack midway through its celebrated experiment to incorporate Fourier’s ideas. Although Brook Farm and the other cooperative socialist communities were not destined to succeed, as humanity becomes increasingly alienated by its faulty social organisation and the earth suffers from over-industrialisation – conditions which Fourier himself predicted – is it not worth considering that Fourier may have been more prescient than eccentric?

One Response to 10th October 1837 – the Death of Charles Fourier