11th March 1941 The Commencement of Lend-Lease 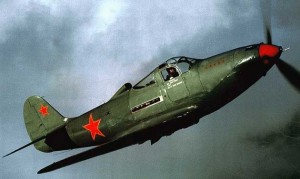 The ultimate symbol of Lend Lease was America’s Bell P-39 Airacobra. Rejected by the RAF for its dangerous engine layout and poor altitude, these duds fetched up as slow-moving tankbusters with the Red Army.

Today marks the anniversary of the commencement of Lend-Lease, the controversial programme through which America gave aid to Great Britain’s war effort as she struggled alone against Hitler’s Nazi Germany in those dark days after the fall of France. Cajoled, pestered, nay bullied into Lend-Lease by Winston Churchill, U.S. President Franklin Roosevelt – prevented by the neutrality acts from donating money to his allies – chose instead a circuitous route by which all of American industry could only gain. Obsolete shipping, obsolete war planes, failed war planes, even dangerous war planes were suddenly packed up and sent off to the desperate British navy and air forces, Roosevelt triumphantly proclaiming to his own people their high moral role as the world’s “Arsenal of Democracy”. In Britain, however, aghast at the poor quality of the single-seater fighters they were being fobbed off with, the RAF demanded huge changes to the P-51 Mustang (including fitting a Rolls Royce engine), whilst outright rejecting both Bell’s shaky P-39 Airacobra and the dreadful Brewster F2A Buffalo – the latter opportunistically manufactured by a New Jersey carriage company and nicknamed ‘The Flying Coffin’ by US Navy flyers at Midway. None of these winged failures returned to the USA, however. Instead, America’s Lend-Lease programme simply spread its largesse elsewhere targeting China and Russia with similar so-called deals, so those appalling P-39 Airacobra fighters were pretty soon re-directed to the USSR and re-painted with Soviet red stars.

As a political act, Franklin Roosevelt’s execution of Lend-Lease was regarded in the American homeland as a stupendous success. In truth, however, just as Hitler and Mussolini had used the Spanish Civil War as a vehicle for testing the mobility of their own brand new warplanes, Lend-Lease had enabled American industry to test its war machines in real life situations far from its mainland, thus preparing the country for war without engaging with an enemy AND getting rich in the process. Indeed, as the economic historian Alan Milward notes: ‘the United States emerged in 1945 in an incomparably stronger position economically than in 1941 … By 1945 the foundations of the United States’ economic domination over the next quarter of a century had been secured … [This] may have been the most influential consequence of the Second World War for the post-war world.’

One Response to 11th March 1941 – The Commencement of Lend-Lease