12th February 1909 The Founding of the NAACP 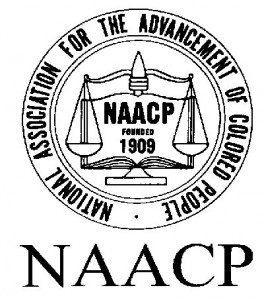 Today we celebrate the anniversary of a momentous gathering of sixty intellectuals: reformers and socialists, blacks and whites, and all dedicated to securing the civil and political rights of African Americans as guaranteed by the Fourteenth and Fifteenth Amendments. Specifically, we celebrate the petition that these citizens issued, urging America to re-dedicate itself to the ideals of racial justice that had been all but forgotten in the post-American Civil War decades. This bold statement, entitled “The Call”, heralded the birth of the National Association for the Advancement of Colored People (NAACP) – America’s very first civil rights organisation.

The NAACP was founded as America faced a national crisis of racism. A new generation of politicians had abandoned the post-Civil War commitment to racial justice in favour of economic growth. Southern Democrats, meanwhile, had been quick to mete out revenge on their former slaves by legally segregating the black population with the passage of the infamous and odious Jim Crow laws. Lynching had become endemic; between 1860 and 1900, some 5,000 African Americans were murdered by vigilante mobs. But at the turn of the century, racism was no longer confined to the Deep South and had migrated North along with thousands of blacks fleeing from the terror of the Ku Klux Klan. And with fierce competition for jobs in the industrial northern cities, racial tensions quickly escalated. In the summer of 1908 a major race riot erupted in Springfield, Illinois – the hometown of Abraham Lincoln himself. Reporting on the riot in an article entitled “The Race War in the North,” socialist William English Walling issued a powerful appeal on behalf of the disenfranchised black population: “Who realizes the seriousness of the situation, and what large and powerful body of citizens is ready to come to their aid?”

Walling’s battlecry would lead directly to the founding of the NAACP. Spearheaded by the socialist activist Mary White Ovington and Oswald Garrison Villard, grandson of the abolitionist William Lloyd Garrison, the NAACP’s mission from its inception was:

To promote equality of rights and to eradicate caste or race prejudice among the citizens of the United States; to advance the interest of colored citizens; to secure for them impartial suffrage; and to increase their opportunities for securing justice in the courts, education for the children, employment according to their ability and complete equality before law.

Although largely financed and controlled in the early years by sympathetic whites, it was W.E.B. Du Bois who led the NAACP in developing its agitation and education program. Through his brilliant editorship of The Crisis – the NAACP’s magazine – Du Bois became the principal philosophical voice of the black freedom struggle. In its pages, Du Bois exposed the scourge of racial oppression, educated both black and white readers on the nature of the struggle, and endeavoured to instill pride in his people by introducing works of African-American writers, poets and artists.

Today, the NAACP continues to be America’s largest and most influential civil rights organisation. Over a century on since its inception, it has survived the changing landscape of its long and ongoing struggle – including the far more radical Black Power ideology of the 1960s. Through endless legal challenges, political protests and lobbying, the NAACP succeeded – county by county – in dismantling the Jim Crow segregation statutes, and its labours were largely responsible for landmark changes in legislation including the Civil Rights Act of 1964, the Voting Rights Act of 1965 and the Fair Housing Act of 1968.

And lest we forget the NAACP’s indefatigable efforts to eradicate lynching. Just 100 years ago, in Livermore, Kentucky, tickets to witness and participate in a public lynching were sold at a local theatre: those in the best seats could fire unlimited shots at their black target, while those in the gallery were limited to only one. The NAACP spent decades seeking federal legislation against this barbaric and routine practice, and its 1919 study – Thirty Years of Lynching in the United States – remains an indelible testimonial to America’s shame.