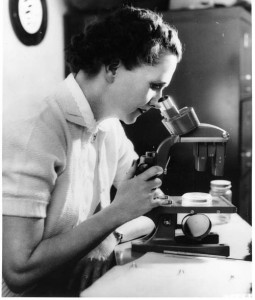 Today we commemorate one of the twentieth century’s greatest revolutionary heroines – the mother of the environmental movement, Rachel Carson. Passionate naturalist, brilliant biologist, fearless crusader and gifted writer, this outwardly demure and unassuming woman took on the federal government, the powerful agricultural industry and the male-dominated science community to blow the whistle on the lethal damage pesticides were inflicting on our environment. “As crude a weapon as the cave man’s club,” she wrote, “the chemical barrage has been hurled against the fabric of life.” The second woman to be employed by the US government’s Fish and Wildlife Service, Rachel Carson first came to the public’s attention with a trilogy of lyrical and informative bestsellers about the ocean. But it was with her 1962 landmark book, Silent Spring, that a worldwide environmental revolution was kick-started. In America’s post-WW2 technological boom years, use of synthetic chemical pesticides on crops and in pest control programmes was rampant. The most popular pesticide DDT had been hailed as the “saviour of mankind” after being used successfully against typhus epidemics and proven effective in killing insects. So gung-ho was America for this newfound control over nature that pesticide trucks regularly patrolled suburban neighbourhoods throughout the summer months – as ubiquitous as the ice-cream man – blasting DDT on trees and front lawns even while children played outside. In 1958, after receiving a letter from a friend describing the large-scale death of birds following a DDT aerial spray, Rachel Carson – already highly suspicious of pesticides – began what would become a four-year crusade. Working relentlessly and independently, without the safety net of any scientific or academic institution, she painstakingly gathered her evidence, triple-checking every detail. Halfway through the monumental project, she was diagnosed with breast cancer and endured a radical mastectomy followed by intensive radiation therapy. But, somehow, she soldiered on. In her own words: “Those who contemplate the beauty of the earth find resources of strength that will endure as long as life lasts.”

Upon its publication, Silent Spring caused a sensation. An alarmed public terrified of food contamination catapulted it to the top of the New York Times bestseller list. But Carson’s scathing critique of ecological disaster, corporate irresponsibility, misguided science and government complicity caused a backlash from the all-powerful chemical industry, who launched a sexist attack against the author’s scientific credentials and findings. “Hysterical,” “communist” and a “spinster” who couldn’t possibly understand the needs of “future generations” were just some of the insults the boys’ brigade hurled at her. But Carson’s calm demeanour, impeccable research and articulate arguments persuaded the world that human-made chemicals could indeed threaten the delicate balance of nature and drive birds and other animals to extinction. President John F. Kennedy was inspired to call for safety testing of pesticides, and the scientific community and public policymakers soon agreed that Carson’s warnings were real.

Rachel Carson died from breast cancer at the age of 56 just two years after the publication of Silent Spring. She did not live to see the creation of the Environmental Protection Agency in 1970, or the first Earth Day that same year, or the banning of DDT in 1972 – all sparked by the awareness that she generated. If not for Rachel Carson, the environmental movement might have been long delayed, and we know now that there was and is not a minute to lose. And so with gratitude and in tribute to this World Heroine, let us recall and heed her prescient words from p. 227 of Silent Spring:

“We stand now where two roads diverge. But unlike the roads in Robert Frost’s familiar poem, they are not equally fair. The road we have long been travelling is deceptively easy, a smooth superhighway on which we progress with great speed, but at its end lies disaster. The other fork of the road – the one less travelled by – offers our last, our only chance to reach a destination that assures the preservation of the earth.”