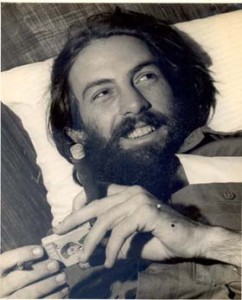 Today we pay tribute to Camilo Cienfuegos – one of the most important revolutionaries in Fidel Castro’s 26th July Movement, whose popularity amongst Cubans rivalled even that of his close friend and comrade, Che Guevara – tragically killed at the age of twenty-seven when his plane crashed, never to be found, into the Atlantic Ocean. One of the legendary twelve survivors from the original eighty-two who set sail on the Granma to start the Cuban Revolution, Cienfuegos allegedly secured the last place on the overcrowded yacht only because he was so thin. He subsequently became one of Castro’s most beloved, trusted and capable leaders in the two-year guerrilla war against President Batista’s corrupt and repressive regime. Said to kill the enemy and catch his rifle before it could hit the ground, Cienfuegos quickly rose to the highest rank of Comandante and led one of the two legendary columns that captured the provincial capital city of Santa Clara on December 31st. Batista surrendered the following day. In the heady months after the revolution, the charismatic Cienfuegos with proto-rock star looks and permanent smile became a favourite amongst the people in his official capacity as Army Chief of Staff and Castro’s unofficial right hand. At a rally in 1959 during which Castro announced an army barracks would be turned into a school, Castro asked, “How am I doing, Camilo?” Cienfuegos’ famous response – “You’re doing fine, Fidel!” – remains a Cuban rallying call.

The sudden death of this much-loved hero at such a young age and less than a year after the revolution’s great victory propelled Cuba into mourning and controversy. Without any substantiation, reactionary propagandists tried to undermine the fraternity of the Granma revolutionaries by suggesting that Castro issued an order to shoot down Cienfuegos’ plane. Three weeks earlier, Castro had received a letter of resignation from another of the Granma survivors, Huber Matos. Suspecting Matos of counter-revolutionary activity, Castro dispatched Cienfuegos to arrest him for treason. On his flight back to Havana after completing the difficult task of arresting his good friend, the Cessna twin-engine plane carrying Cienfuegos disappeared without trace. Che, Fidel and Raúl Castro all participated in the futile search, and when word of the tragedy reached the Cuban people, they flocked en masse to toss flowers into the sea for their lost hero – a tradition that continues to this day in Cuba every October 28th.

It was left to the unassailable Guevara to dismiss rumours that Castro suspected Cienfuegos of conspiring against him with Matos and/or felt threatened by the younger man’s popularity. Guevara went one further, ensuring Cienfuegos’ good character would remain forever untarnished by naming his son Camilo – and, with customary eloquence, dedicated his seminal Guerilla Warfare to his fallen comrade:

Few men have succeeded in leaving on every action such a distinctive personal mark. He had the natural intelligence of the people, who had chosen him out of thousands for a privileged position on account of the audacity of his blows, his tenacity, his intelligence, and unequalled devotion. Camilo practiced loyalty like a religion.