7th September 1872 Bakunin Gets the Boot 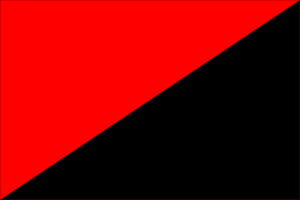 Though it is almost impossible to imagine, in light of where Stalin and Mao took their respective communist countries, less than a century before their totalitarian regimes took power, anarchism stood side-by-side with communism as a genuine political consideration for the foundation of the next world orders. But on this day in 1872, Karl Marx dealt anarchism its deathblow through his cunning manoeuvring at the First International’s conference held at The Hague in the Netherlands. Loading the conference with Marxists to prevent a repeat of his previous year’s defeats at the hands of the anarchists, Marx spread rumours and aimed to destroy the reputation of his anarchist opposite number, Mikhail Bakunin. Bakunin, for his own part, virtually conceded victory to Marx through his failure even to turn up at the proceedings; thereafter anarchism would always play second fiddle to its more authoritarian and pragmatic and unrevolutionary former socialist partner.

We have reason to be angry at Bakunin, for his visions extended clearly and far-sightedly enough to recognise that Marxism would only create in its leaders monstrous substitutes for those ‘divine figures’ who had for centuries ruled us before. Joseph Stalin. Mao Zedong. Pol Pot. Decades before these tyrants came to power Bakunin had predicted the inevitable rise of such terrible world figures when he wrote: “They [the Marxists] maintain that only a dictatorship — their dictatorship, of course — can create the will of the people, while our answer to this is: No dictatorship can have any other aim but that of self-perpetuation, and it can beget only slavery in the people tolerating it; freedom can be created only by freedom, that is, by a universal rebellion on the part of the people and free organization of the toiling masses from the bottom up.”

The schism created on this day, 7th September 1872, is still lamented in the diagonal division of the red and black anarchist flag. Communism failed. Anarchism has yet to prove itself.

4 Responses to 7th September 1872 – Bakunin Gets the Boot