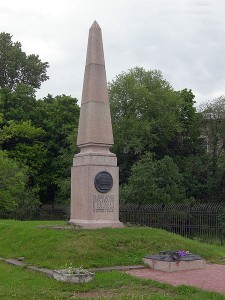 Today marks the anniversary of the Decembrist Rising – a short-lived revolt of officers in the Czarist army in 1825. In many respects doomed to failure, the revolt has a historic significance that outweighs the actual events and marks a watershed in the revolutionary movement in Russia.

Whilst throughout Europe ideas of democracy were fermenting and were to culminate in the revolutionary surge of the 1840s, Russia remained firmly part of the ancien-regime.  Largely politically untouched by the ideas of the French Revolution, and economically and socially little changed from the middle ages, Russia lacked the radicalised middle classes that were to be the drivers in 1848’s ‘Spring Of Revolutions’.

But small layers of the lower Russian nobility were influenced by the liberalism of the Enlightenment and the popular patriotism of the Napoleonic Wars. Organised in a number of Masonic–like secret societies, they were committed to modernising Russia. By the 1820s the Union of Salvation emerged to pull together these groups, although they remained without a coherent ideology or objective. The Northern Society supported some form of reformed constitutional monarchy, whilst the Southern Society under the ‘Russian Jacobin’ Pavel Pestel had a more radical commitment to republicanism and land reform.

The catalyst for revolt came with the death of Czar Alexander I and the subsequent succession crisis: the heir Constantine had renounced his claim for personal reasons leaving as next-in-line his reactionary brother Nicholas. In St Petersburg a group of officers around the Northern Society led 3,000 troops in refusing to swear allegiance to the new Czar, and began a standoff with loyal troops in the city’s main square.

The weakness of the revolt was clear from the start. The conspirator’s plan was to have Prince Trubetskpoy proclaimed as provisional dictator until a new constitution could be adopted – however the prince panicked and sought safety in the Austrian embassy. His second-in-command turned himself in to the government forces and then committed suicide in prison. Lacking leadership, there was equally little clear idea of the revolt’s objectives – certainly not from the ordinary troops drawn from the peasantry. Their officers had apparently told them that they were fighting to restore the ‘true’ Czar Constantine, for better pay and conditions, and for promises of land reform.

The rebels had massed in Senate Square expecting to ignite a general revolt of the imperial armies, but within hours Nicholas had gathered loyal troops and turned his artillery on the assembled crowds. Some 1,200 people were killed within an hour – many of them passers-by and sightseers – and the remaining conspirators were rounded up within a few days. As news from St Petersburg spread south, a revolt broke out led by the Southern Society, and a nationalist group, the United Slavs, with the objective of taking control of Kiev. There was some success when the rebels captured the city of Vasilkov, but by January the southern revolt had also been defeated.

In many respects the failed uprising had been an attempted ‘palace revolution’ that used the peasant-soldiers as pawns in a coup and had left most of Russian society untouched. Many of the rebel officers were known to the Czar, and were personally interrogated by him. In fact in all only 125 people were arrested in connection with the Decembrist uprising – of these five leaders were executed and the remainder were sent to exile in the East. However the revolt’s defeat had a more generalised and radicalising effect with a prolonged witch-hunt and repression of liberals and dissidents of all hues. Many fled the country, and for those who remained dark years followed with a repressive censorship and the rise of the notorious ‘Third Section’ network of informers and spies. It was said of Nicholas that he made it is his mission to become the country’s chief of police.

But most of all the revolt also marked the start of a new era; for nearly a hundred years Europe’s most repressive regime would be locked in conflict with successive generations of revolutionaries. This next wave looked not to an enlightened section of the nobility bound to the old order, nor to the middle class tied into the immense Czarist civil service, but to the peasant masses.  The new movement was known, significantly, as  ‘Land and Liberty’. Its leader was the personification of a new kind of professional revolutionary – and the son of a former Decembrist noble – Mikhail Bakunin.