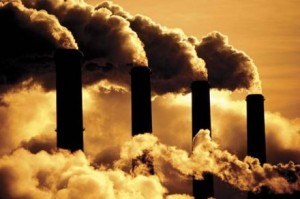 The Kyoto Protocol: An Epic Fail

Although the concept of human-induced climate change was a century old by the latter part of the 20th century, it was only then gaining wide attention among the relevant scientists. The impact of relentlessly adding greenhouse gases to the atmosphere is potentially catastrophic. Not only is it an assault on the one biosphere that supports life, it could also mean massive damage to profits and real estate. If nothing else, that made governments finally take notice.

In 1988 the United Nations formed an Intergovernmental Panel on Climate Change to assess all the credible scientific data and give us a picture of what was happening and what the possible futures might be. The Climate Change Convention of 1992 led to an agreement five years later, the Kyoto Protocol.

This was the governments of the world getting together to solve the problem. They were the only ones with the power to make changes on the necessary scale in the timeframe available. Who else could compel coal-fired power stations to close? Who else could commission the vast amounts of new technology required to clean up power generation, transport, housing, heating and farming?

A task on this scale was not unknown. In 1941 the entire American economy was turned around in a matter of weeks to war production. The rebuilding of Europe a few years later with not only bricks and mortar but also the stronger, fairer social infrastructure of the welfare state was done quickly, at a time when financial pressures were at their greatest.

At Kyoto the science was clear; to avoid a serious risk of major climate change impacts, we needed reductions in carbon emissions of at least 60%. The sooner you turn the tap off the less water comes out, so the swifter the carbon cuts the better our chances. Having assembled the work of thousands of scientists, the governments of the world came up with a solution that bore no relation to what they were told. The deal promised a 5.2% cut from the developed countries by 2012.

There could be no greater example of why concentrations of power cannot be trusted. With the worst effects of climate change predicted to hit the poorest nations – those least able to defend themselves against it, and least responsible for causing the problem – the social injustice of it is repulsive.

With countries given emissions allowances in proportion to what they currently emit, Kyoto made a deal that rewarded the biggest polluters, rather than instituting a fair and yet practical system such as Contraction and Convergence that brings everyone swiftly but smoothly to a position of equality.

The delegates suffered from an overriding desperation to have the least impact on their own economy. No politician interested in garnering votes would sacrifice public goodwill by stunting short-term economic growth. Yet leaving action until we see the effects of climate change is rather like leaving braking until your car is over the cliff and makes contact with the rocks below.

There would be no penalties for missing the targets. Yet even this was too much for some. Australia, one of the highest per-capita emitters on earth, negotiated itself an increase in emissions. But even this was as nothing compared to the American delegation.

As the biggest emitter, it was vital to have the Americans on board. The Americans knew this and so, at the behest of corporate lobbyists, they weakened the proposals even further. They slashed the inadequate initial plan for a 15% cut by two thirds. Rather than having to act within their own territory, where they have control, countries emitting under their quota could sell, for hard cash, their spares to someone who wanted to emit more; thus the deal now guaranteed a maximum cut of just 5.2%.

They built in loopholes that made the whole thing pointless. One was the Clean Development Mechanism that allowed rich polluters to carry on emitting as long as they pay poor nations to use cleaner technology for new projects. It is obviously in the interests of both parties to exaggerate the savings.

It is also another example of ‘cuts’ meaning ‘not as much of an increase as it could have been’. Even if it worked, it would be another engine of injustice as it lets those most responsible for the problem, who use a greater proportion of their emissions making useless crap, to carry on at the expense of others.

And the leader of the American delegation who trashed our one serious shot at reacting properly and preventing the deaths of millions? The 21st century’s climate hero, then Vice President of the United States, Al Gore.

The idea that Kyoto was a good start is fatuous given that it didn’t build in the ramping up that needed to follow. There needs to be targets commensurate with the science. The targets need to have penalties attached that mean parties will comply. The loopholes and opportunities for fiddling the books need to be shut down.

Then there’s the justice element, without which no political plan can hope to last indefinitely as this one must. Those who have polluted most – and thereby profited most – must cut the most. Countries need to take responsibility for their own emissions cuts rather than using wealth to outsource them. We should set an emissions cap for the world, divide it by the number of people, and allow that to each of us. Obviously this cannot be done overnight, but the Contraction And Convergence principle shows how it can be done swiftly and fairly.

It means a break with our overarching belief that any chance for profit should be permitted. We have to leave forests standing even when their logs and land could generate profit. We have to leave known fossil fuels, especially coal, in the ground. In the UK, that means a cut of about 95% by 2030. Radical though it sounds, it is possible to do that. It means goodbye to many luxuries but hello to stronger communities. It will only happen by changing our own lives and also getting active to make the present high-carbon world socially undesirable and politically untenable. We still have time, but not for long. Make it count.

On March 1st New Internationalist publish The No-Nonsense Guide To Climate Change, explaining the science, the figures, the problems and possibilities, the deniers arguments, and the activist potential in a post-Copenhagen world. It’s the best primer on the subject available.