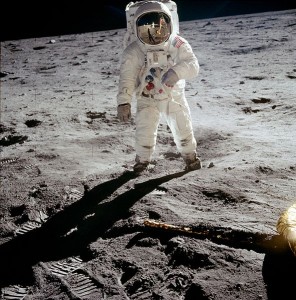 Forty-nine years ago today – and just sixty-seven years after the very first piloted aircraft flight – Neil Armstrong and Buzz Aldrin were the first humans to walk on the moon.

Or so it is claimed.