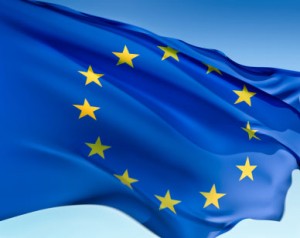 Today we look back to 1992 and the signing of a treaty that would cause delight, despair and scepticism. A treaty that announced a radical evolution of the European Project from an economic trade pact to a political union. But taken in isolation, the Maastricht Treaty tells us very little, so let us use its anniversary to instead take a look at the remarkable history of that European Project as it rose from the ashes of two world wars and eventually brought us European passports, a pan-European currency and a continent-sized home.

By 1945 the population of Europe had endured two devastating world wars in the space of a quarter of a century. World War One had seen the massacre of a generation of young men in a pointless squabble between imperial powers possessed of a 19th-century mindset and 20th-century technology. It was brutal and tragic and spelled the beginning of the end for the European empires. Despite simplistic fairytales about the first world war being caused by the assassination of Archduke Ferdinand, the roots of the conflict lay in the imperialist ambitions of the ruling elite on both sides and their insatiable desire for global influence and control over resources. The wealthy and the powerful had an economic dispute and sent millions of young men to kill and be killed in an attempt to settle it.

World War Two was a very different matter, and although imperial ambitions certainly played their role, they were mixed up with a clash of ideologies and a very real and powerful sense of national grievance at how The Great War had finished. Germany was ripe for the rise of fascism in no small part due to the punitive Treaty of Versailles that had been foisted upon them at the end of World War One. It was a disastrous policy enacted by the victorious powers in that Paris suburb and one that would come back to haunt them. Which is no way an attempt to shift culpability away from the fascists; merely to point out that one of the unintended consequences of the treaty which ended the first world war was to prepare the ground for the second.

Gregory Bateson, one of the greatest thinkers of the 20th century, suggested that the Treaty of Versailles was one of only two events in his life which were of genuine historical importance. It was, he suggests, “one of the great sellouts in the history of our civilization. A most extraordinary event which led fairly directly and inevitably into World War II.”

Fortunately for Europe, and the wider world over which she still exerted some influence, the same mistake was not repeated at the end of World War Two. Rather than economically persecuting the defeated nations, the United States instigated the Marshall Plan which would help rebuild a continent destroyed by war. It would be nice to think this was a result of learning the lesson of Versailles, and we can charitably assume there was an element of that, but in truth it was mostly about ensuring that Western Europe did not slip behind the Iron Curtain being hung around the nations of the East.

But while the Marshall Plan was America’s way of creating a sphere of influence, a movement began in Europe not long after the end of World War Two that was a direct reaction to the senseless brutality and viciousness of the previous 25 years. At first this movement was little more than a handful of tentative suggestions by the governments of France and Germany. Determined to learn from the mistakes of the past, a simple question was posed… “How do we stop this ever happening again?” The Great Powers of Europe had all been brought to their knees by the war, even those on the winning side, and the dark shadow of Hiroshima and Nagasaki made the prevention of future conflict even more vital.

And so, very slowly, a vision of a pan-European community was crafted. The primary goal was to maintain peace, and a decision was made that the easiest (even if not the best) way to achieve this was to link the economic fate of European nations so that the intense competition of the past – competition that could spill over into conflict – would be replaced by cooperation. And so, in 1950, Belgium, France, Germany, Italy, Luxembourg and the Netherlands signed up to the Schuman Plan and the European Coal and Steel Community (ECSC) was born. This placed the heavy industries of the six nations under collective management, ensuring that no single nation could ramp up military production.

The ECSC proved a major success, not only at promoting trust between the members, a commodity that had been severely lacking by the end of the war, but also at promoting prosperity. While much of the credit for the swift European recovery must clearly go to the Marshall Plan, the ECSC allowed the massive influx of US resources to be effectively managed. Indeed the ECSC was such a success that with seven years the scope was expanded with the Treaty of Rome. And the EEC was born. It was at this point that members first began planning for greater political, as well as economic, integration.

Five years later, the Common Agricultural Policy was adopted. A year after that, the EEC began negotiating with other nations as a single entity; the first concrete step towards political union. In 1968 all trade tariffs and barriers between the six members were abolished and a common trade policy between the EEC and non-members was adopted.

What so many of us fail to realise today is just how radical a change this all was. There’s just no way to make a succession of treaties and policy agreements seem exciting, but when you compare where Europe was 20 years after the first world war, and where it was 20 years after the second… well, how can you fail to find it remarkable? And even a little wonderful? For all its mundanity, the gradual integration of the core members of the EEC had something magical about it. Something noble even.

During the 1970s and 80s the EEC expanded; first bringing in Ireland, the UK and Denmark and later admitting Greece, Spain and Portugal. Through the European Regional Development Fund, resources were redistributed from wealthy nations to poorer areas. Another remarkable achievement, and one that has perhaps lost is lustre through familiarity and the rather undramatic way in which it was implemented. Even so, by the end of the 1980s Europe had a common set of courts, a parliament, a system for redistributing wealth and even bigger plans for the future. At the same time though, the noble goals of European Union were rapidly becoming subsumed by the forces of capitalism and the international financial institutions that sponsored them. If the original aim of the EEC had been to protect the peoples of Europe, by 1990 moves were well underway to use it as a vehicle for exploiting them.

Which finally brings us to a small town in Belgium on February 7th 1992 and the signing of the Maastricht Treaty. This was by far the single most significant step on what had been a complicated journey. At Maastricht plans were drawn up for a single currency, for the abolition of all internal borders, for greater integration in foreign and defence policy as well as in the areas of justice and home affairs. In the eyes of many it was a template for a Federal Europe and, as such, extremely controversial. Yet those who were around at the very beginning would insist that this was the logical outcome of the project they had set in motion. Indeed, it was the very essence of what those six nations had set out to achieve when they formed the European Coal and Steel Community back in the post-war years. Albert Einstein once described nationalism as “an infantile disease… the measles of mankind” and on a continent where that disease perhaps caused the most damage, the EU can be seen as a brave attempt at immunisation.

Today, two decades after Maastricht, the European Union faces perhaps the greatest crisis in its short history. One that may prove fatal. It is straining beneath a mountain of debt generated by private financial institutions, and the subjugation of the European Project to those institutions is starkly demonstrated by the transference of that debt onto the shoulders of an undeserving public. The forces of global capitalism have hijacked our attempt to expand the borders of Europe beyond the narrow nationalism of the past. Yet even now, as The Market runs rampant across Europe, toppling governments and causing social unrest, even now there is hope for the EU. For while none of us can know the future, and while there’s certainly a chance that – in the words of WB Yeats – the centre will not hold, we nonetheless remember that the spirit of the European Project was not built upon capitalism, nor even upon economics though that may have been the form it first took. And we dare hope that original spirit may survive the collapse of an outdated, exploitative economic system.

For the spirit of the European Project was always one of peace. Of recognition that the borders that divide us are artificial constructs. That our family is not defined by blood nor by national identity, but by our common humanity. And today, when I pull a pile of coins from my pocket and see symbols not only of my home country, but of eleven others, even the very currency of capitalism reminds me of that fact.