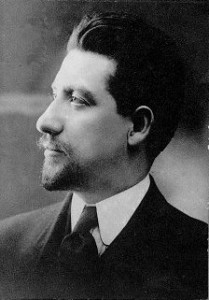 On this day in 1943, Carlo Tresca – Italian-American anarchist leader and thorn in the side of just about everyone  – was assassinated on the streets of New York City. One of the most colourful figures of the American labour movement, he’s been all but forgotten by his adopted country hellbent on obliterating its long-gone radical past. But to the American leftists of the first half of the twentieth century – particularly the large (and largely radical) immigrant population – Tresca was a national hero. Indeed, influential writer Max Eastman considered him “the most universally esteemed and respected man in the revolutionary movement.” Tall, handsome, a riveting and passionate speaker, Tresca was one of the brightest stars of the Industrial Workers of the World – putting himself on the frontline of some of the most significant labour strikes of the era at Lawrence, Paterson and Ludlow. He also played a key role in the unsuccessful attempt to save his fellow Italian-American anarchists Sacco and Vanzetti from execution. As an editor and journalist for several underground anarchist papers including his own publication, Il Martello (The Hammer), Tresca wrote scathing attacks on labour agents, bankers, consular officials, and priests. In the 1930s, he turned his pen against the communists – condemning Stalin’s repressive tactics and, particularly, the liquidation of anarchists and other non-communist loyalists during the Spanish Civil War. But his most fervent vitriol was reserved for Italy’s Fascist regime. Tresca’s relentless war of words against the Fascisti would prove to be the greatest crusade of his life, prompting the Italian Ambassador to America to request that Tresca be deported or ‘silenced’. But deportation attempts failed, and the indefatigable Tresca refused to be silenced. When one of his papers was closed down, he’d simply start another. By the early 1940s, he was a bona fide hero of the non-communist left and America’s most outspoken anti-Fascist.

Tresca’s list of enemies, however, was growing rapidly. Besieged as always from the right, Tresca found himself attacked on the left by communists riding the wave of wartime popularity. And he was simultaneously embroiled in an ongoing battle with the powerful Fascist newspaper publisher, Generoso Pope, who had even more powerful Mafia allies. And so, when a short, heavy-set man emerged from the shadows and fired four shots at Tresca as he and an associate crossed 15th St and 5th Ave on the night of 11th January 1943, the assailant could have been one of many foes. Indeed, when the District Attorney’s office took a look at the long list of possible suspects, they decided to not even bother pursuing an investigation.

Many of Tresca’s comrades believed the hit was ordered by Generoso Pope. Another suspect was Vittirio Vidali, an agent of the Third International, whom Tresca had accused of murdering anarchist leaders in the Spanish Civil War. In Italy, Mussolini made no secret of wishing his most effective American opponent dead. But the most plausible theory is that Tresca was killed on the order of the Mafia. The actual triggerman was in fact eventually identified as an Italian gangster – yet the Tresca murder remains officially “unsolved”.

One of the greatest champions of exploited immigrants, Carlo Tresca’s own words serve as a fitting epitaph:

“I have sought with all my strength to elevate the moral & material conditions of the Italian workers here, & I have sought to instill in their souls the same faith in their emancipation that is alive in me. I am a soldier of the ideal.”

4 Responses to 11th January 1943 – The Assassination of Carlo Tresca