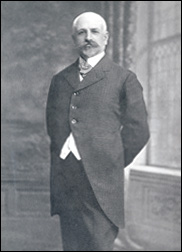 The execution of Catalan anarchist and educator Francisco Ferrer, on this day in 1909, was not punishment for the crime of which he had been accused. That the charges against him were fabricated is not in any doubt. Rather, his execution was the ruthless elimination of a vocal critic by powerful vested interests. His firing-squad in Barcelona was an act that echoed the death of Socrates more than 2,000 years earlier. For there is no more succinct summation of the real reason Ferrer was murdered by the state – at the behest of the Catholic Church – than those charges levelled against Socrates:

“Failing to acknowledge the gods that the city acknowledges”. And “corrupting the youth”. These are the reasons why Ferrer – anarchist, humanist, educator and revolutionary – was killed.

As is traditional in these cases, the man who would prove such a thorn in the side of the Catholic Church was born into a Catholic family. But by his late teens, he was far from the faith. Militantly anti-clerical, and a revolutionary republican with it, he saw Spain exploited and persecuted by both its political leaders and the Church. And was determined to do something about it.

Implicated in several anti-government plots, Ferrer was exiled to France in the 1890s where he met Paul Robin and Sébastien Faure. Their school in Cempuis was to become his inspiration. Anarchist activists, they believed the most effective revolution would take place not on the streets, but in the schools. It was in the education of children that the class divide was perpetuated and only by liberating our minds from tyranny could we hope to drive it from the world.

Fired up by their example and determined to free his native Catalonia from the Church’s monopoly on education, he returned to Barcelona in 1901 to found the first of his “Modern Schools”. Controversially, unlike other schools, the Modern School was co-educational. It was secular and had students from all social classes. With the explicit aim of challenging the established order, Ferrer saw his school as an incubator for original thought, or in his own words, it provided “antidotes to all dogma”. Most importantly of all, it would foster in its students a deep respect for life, for nature and for each other.

The school was successful. Soon there were almost 40 Modern Schools in Catalonia, and almost a hundred others were teaching from the textbooks he published. Suddenly Francisco Ferrer found himself at the head of a movement, and by 1906 there were over a thousand children in his secular schools. Unsurprisingly, the Catholic Church fiercely denounced these “atheist schools” and placed pressure on the government to intervene.

Finding a pretext to do so wasn’t hard. The Modern Schools were not just about educating children. In the evenings they were adult learning centres. And were also used by labour unions and other anti-establishment groups to host meetings. So when the librarian at a Modern School threw a bomb at the king in 1906, Ferrer was arrested.

Despite being held in prison for a year, no evidence of his involvement was ever produced and he was released without charge. In the meantime, however, the authorities dismantled the Modern Schools and by 1907, not one remained.

Unbowed, Ferrer set about rebuilding. He lectured throughout Europe, published a book, The Origins and Ideals of the Modern School, and founded the International League of Rational Education. All the while he remained involved in local politics, and was a vocal supporter of Solidaridad Obrera (Workers’ Solidarity); an alliance of labour unions and anarchists.

But in 1909, in announcing his intention to re-open the schools, Ferrer became a marked man. And the chaos of what became known as the “Tragic Week” provided the opportunity to end his work. An anti-government uprising was ignited by a strike called by Solidaridad Obrera as well as opposition to military conscription. For a week the striking workers took control of the city, while an anti-clerical group, The Radical Party, set about burning down religious buildings. By the time the army brutally suppressed the rebellion, 80 churches and convents had been destroyed.

Although he wasn’t in Barcelona at the time, Ferrer was arrested and charged with “leading and organising an armed revolt”. Though as one contemporary commentator said; “Founding schools was his crime”. His trial was before a secret military court, and it quickly became clear he was being silenced. “With such infamous lies they are trying to kill me”, he wrote to a friend. It’s rumoured Pope Pius X sent a personal message of congratulations to the prosecutor when the founder of the Modern School was sentenced to death.

And on the morning of October 13th, Francisco Ferrer was executed by firing squad. As he was shot he cried out, “Long live the Modern School”.

But the story of this revolutionary educator didn’t end there. His death was met with public protests throughout Spain and in Paris, Rome and Brussels. The backlash to his “legal murder” was so severe it forced the King to demand the resignation of the Prime Minister. And soon, thanks to his book, schools inspired by his ideas sprang up all over the world, the largest of which — in New York — remained open until 1958. While there are no surviving Ferrer Schools, his ideas have nonetheless helped shape modern theories of education. Though, arguably not nearly enough.

The night before his execution, Francisco Ferrer wrote on his cell wall… “Let no more gods or exploiters be served. Let us learn rather to love each other.”

6 Responses to 13th October 1909 – the Execution of Francisco Ferrer