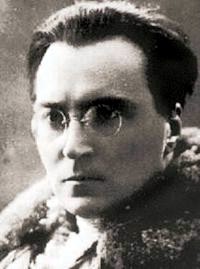 Today in 1947, the life-long revolutionary Victor Serge collapsed and died in Mexico City at the age of 57. His health had broken down after many years spent in prison and imposed exile under regimes of various nationalities and political hues – including his own former comrades. As a brilliant, prolific writer and perhaps the most lucid observer of the Russian Revolution, Serge’s legacy is that of one of the most important working-class writers of the twentieth century. But as one the few genuinely humanitarian socialists to emerge from the history of the Soviet Union, Serge’s incorruptible pursuit of human justice – and, most significantly, his bold criticism of Stalin – cast him adrift from the true revolution he so longed for and consigned him to a fate of betrayal, punishment, poverty and exile.

Serge said that from the age of six he was aware that he was an anarchist. His Russian parents were exiled members of ‘People’s Will’, who had sought refuge in Belgium. He first became active at 15, and by the start of the First World War was imprisoned as a suspected terrorist. On his release he immediately made for Spain where the workers of Barcelona were involved in an uprising and through his involvement with the movement there his ideas shifted from individual libertarianism towards working class anarcho-syndicalism. Hearing of the February 1917 revolution he headed to Russia, but when passing through France was again imprisoned.

By the time he was released the Bolsheviks had formed a revolutionary government. Serge unreservedly supported the October Revolution and joined the Bolsheviks: many other returning revolutionaries with anarchist backgrounds did the same, but Serge was the only one to actually take a role in the new administration, working as secretary for the 3rd International.

Relations between anarchists and Bolsheviks were initially friendly. The new government even considered giving the Ukraine, controlled by Makhno’s anarchist army, the status of an autonomous region. But as the Civil War unfolded, and the imperialist powers sent ‘armies of intervention’, these relations became increasingly strained as the Bolsheviks strengthened the state apparatus. Seeing it as a necessity to prevent the workers’ government being strangled at birth, Serge reluctantly accepted the need for a period of ‘Red Terror’, whilst others like Emma Goldman denounced both the Bolsheviks and the October Revolution. The suppression of the mutiny of the Kronstadt in 1921was a pivotal point; seen by many anarchists as the ultimate betrayal, Serge ultimately sided with Trotsky in the view that it was a tragic necessity.

In the following years Serge’s work with the International took him to Germany where the failure of the reformist socialists to tackle the rising threat of fascism strengthened his view that only the Communist Party could safeguard the workers’ movement. But on returning to Russia in 1923 he found Stalin in control of the party apparatus and purging the regime of the Old Bolsheviks.

Serge joined with Trotsky and the Left Opposition – and paid a heavy price for it; expelled from the party in 1928, his writings were banned and he was imprisoned and sent to internal exile in the gulags.  Six members of his family disappeared in this period and his wife Liuba suffered a mental breakdown. Finally in 1936 he was permitted to leave Russia and settled in France before fleeing the Nazi occupation in 1940, and like Trotsky before him, finding sanctuary in Mexico.

The two leading oppositionists were friends for several years, although relations did break down between them at one point – a situation at least partly engineered by Stalinist agents. Whilst they collaborated in their opposition to the Stalinist regime, there were significant differences; Trotsky attributed the degeneration of the regime to Russia’s isolation and economic backwardness, whilst Serge was more ready to acknowledge mistakes made by the Bolsheviks themselves. Trotsky felt that even in its degenerate form, the workers’ state needed to be defended against the capitalist powers, whilst Serge believed that Soviet society was already on its way to becoming a new form of capitalism. Both however implacably believed that international revolution was the only hope of salvaging the gains of the October Revolution and worked until their deaths to this end. Unsurprisingly both anarchists and Trostskyists claim Victor Serge for their pantheon of heroes. But Victor Serge’s politics defy a convenient label and represent his own very human – and humane – vision of socialism undiminished by defeat and betrayal:

Early on, I learnt … that the only meaning of life lies in conscious participation in the making of history … one must range oneself actively against everything that diminishes man, and involve oneself in all struggles which tend to liberate and enlarge him. This categorical imperative is in no way lessened by the fact that such an involvement is inevitably soiled by error: it is a worse error to live for oneself.

One Response to 17th November 1947 – the Death of Victor Serge