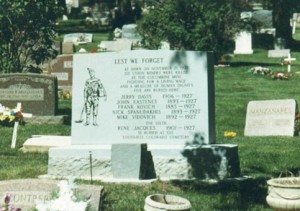 Seventy-two years before the infamous 1999 Columbine Massacre – in which two teenage students shot and killed 13 people at their high school  – there was another massacre to bear the same name that has been not merely forgotten but utterly and deliberately buried. For the perpetrators of the first Columbine Massacre were not disenfranchised outcasts, lunatics or outlaws of any description – but rather state rangers and national guardsmen, who attacked 500 unarmed striking coal miners and their families with tear gas, automatic rifles and machine guns under the direct orders of the governor of Colorado.

The Columbine miners had been striking for five weeks. The strike was so peaceable that the owner of the mining company had even taken to serving the picketers coffee and doughnuts. But with winter fast approaching, the governor of Colorado feared a state-wide coal shortage and resolved to quash the strike. He ordered his rangers to dress in civilian clothing so as not to alert the strikers, and positioned them on the Columbine mine tipple. In the ensuing bloodbath, six working men were killed and dozens more injured. But, despite scores of witnesses, the authorities denied the use of machine guns, the press covered up all evidence to the contrary and, with typical authoritarian shamelessness, the strike leaders were themselves arrested and charged with the responsibility for the deaths.

The story of the Columbine Mine Massacre is a tragic one but not in any way unique. Every coal-producing region throughout the world will have its own long history of horrific conditions, accidents, capitalist oppressors and labour-related struggles. But the anniversary of this event offers a timely opportunity to note the ignoble tradition of heavy-handed policing of protests purely to provoke a response as a means of justifying violent subjugation. Lest we forget, however, that – despicable as they are – paid lackeys are merely carrying out orders issued by the Real Enemy.

One Response to 21st November 1927 – the First Columbine Massacre