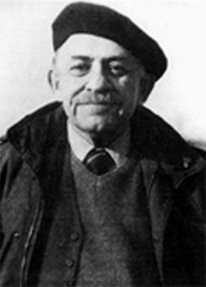 Today we pay tribute to one of the great thinkers of the twentieth century – social critic, anarchist, utopian and eco-pioneer, Murray Bookchin – who died on this day in 2006 aged 85. For twenty-five years, he was the most prominent American proponent of anarchism, and penned over two dozen books on revolutionary thought past and present. But it is as the “foremost Green philosopher of the age”, as The Independent described him, that we today honour Bookchin. All the way back in 1952, writing under a pseudonym in order to evade anti-communist persecution, his groundbreaking article “The Problem of Chemicals in Food” was the first to raise the alarm that America’s postwar prosperity had been bought at the price of grave danger to the environment. His 1962 book Our Synthetic Environment blew the whistle on pesticides – pre-empting Rachel Carson’s better-known Silent Spring by six months – and called for the use of alternative energy sources. Bookchin argued that capitalism, with its dominating hierarchies and insistence on economic growth, necessarily destroyed nature. His contention that “there is a natural relationship between natural ecology and anarchy” led to the development of his theories of eco-anarchism or what Bookchin called  “social ecology”. The ecological problems created by modern capitalism, Bookchin prophesised, were of sufficient magnitude to portend the system’s demise. Or the Earth’s. But unlike most modern doom-sayers, he proposed an alternative: a return to a way of life that ended with the onset of the Industrial Revolution – confederations of small communities, governments built around inclusive and non-hierarchical meetings, and shared labour based on the artisanal model.

Capitalists dismissed him as insane. But the true insanity is a society revelling in conspicuous consumption which thinks nothing of eating flown-in exotic fruit all-year-round, flying off to Spain for the weekend on a whim, or supermarkets throwing away thousands of pounds worth of perfectly good food every single day.

Bookchin’s ideas and solutions were not merely radical – they were revolutionary. We ignore him at our peril.