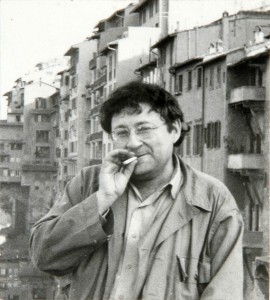 "All that once was directly lived has become mere representation. All real activity has been channelled into the global construction of the spectacle." - Guy Debord

On the evening of November 30th 1994, in the remote French village of Champot, revolutionary and avant-gardist Guy Debord enacted his final spectacle of deconstruction when he shot himself through the heart. He was 62. For the prime mover of the Situationist International (SI) – the revolutionary coalition of Dada-informed artists, writers and intellectuals founded in 1957 – it was a fittingly provocative end; a suicide deliberately designed to stun the masses out of their collective ennui, conveying at once a scathing denunciation of the 20th century’s leftist hopes and a tactical political manoeuvre in the form of the ultimate Situationist “action”. Within days of Debord’s death, two of his closest friends and fellow radicals followed suit in an apparent triple-suicide pact. As if to prove Debord’s intent to confound in this last move of his long-fought “game of war”, the French press shamelessly eulogised the revolutionary maverick for whom it had previously only ever shown contempt.

And so the master agitator who in life remained resolutely in the shadows in order to avoid being “branded” by the consumer capitalism he so despised became in death a celebrity. It was a stunning, very Situationist turn of events – Debord having hitherto been all but disavowed by mainstream France on account of his 1967 book, The Society of the Spectacle – a literary incendiary that nearly brought down the French government. Capitalism, asserted Debord, was a manipulative system intent on brainwashing all of society into vicious mass consumption. The media and cult of celebrity were instruments used to keep society passive. Reality was being replaced by images; these images had become reality. “All that once was directly lived has become mere representation. All real activity has been channelled into the global construction of the spectacle.”

Debord’s war against “the spectacle” was the total rejection of contemporary society through the construction of  “situations” designed to wrong-foot the enemy. Guiding the SI away from its artistic revolution towards bona fide political theory, Debord introduced creative, bold, audacious concepts that would redefine activism. A year after the publication of The Society of the Spectacle, these ideas were actualised on the streets of Paris in the student uprisings of May 1968. Buildings were occupied. Situationist-inspired slogans emblazoned the city: You will end up dying of comfort. Commodities are the opium of the people. The student protests – orchestrated by the SI – snowballed out of the Latin Quarter into a full-scale national protest merging with labour union struggles. For two extraordinary months, Debord’s spectacle had the mighty General de Gaulle on his knees and on the run.

Debord would never regain the revolutionary momentum of 1968. By 1972, he disbanded what was left of the Situationist International – having already expelled most of the original members. But just a few years later, the Situationists famously inspired Malcolm McLaren’s 1976 cultural revolution. And Debord’s ideas have once again been resurrected to serve as the wellspring of the global Occupy movement:

“…we are students of the Situationist movement. Those are the people who gave birth to what many people think was the first global revolution back in 1968 when some uprisings in Paris suddenly inspired uprisings all over the world. All of a sudden universities and cities were exploding. This was done by a small group of people, the Situationists, who were like the philosophical backbone of the movement. One of the key guys was Guy Debord, who wrote The Society of the Spectacle. The idea is that if you have a very powerful meme — a very powerful idea — and the moment is ripe, then that is enough to ignite a revolution. This is the background that we come out of.” – Kalle Lasn, initiator of Occupy Wall Street

An unruly thinker, a great writer and filmmaker, and one of the most profoundly accurate revolutionaries of the 20th century, Guy Debord’s legacy is assured. His words and deeds appear set to resound with ever greater prescience for generations to come.